Author Patricia Bracewell on Old English and Misleading Castles Plus, Win a Copy of Her Great Novel

Hwaet! (That's Old English for "Listen up! I'm going to tell you something you want to hear!") See the end of this post for giveaway instructions.

I was reading The Year 1000 to see if it could tell me something I didn't know about the turn of the eleventh century, in order to use it for The Seven Noble Knights of Lara. (Lots of the atmosphere, none of the history can transfer.) A passing mention of the mysterious, fascinating Queen Emma made me think, "Someone should write a novel about her!" The following week, Shadow on the Crown by Patricia Bracewell came out. It is that novel. 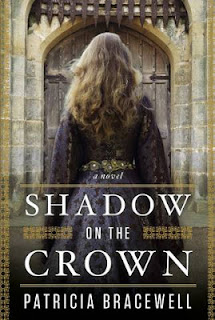 JK: The Year 1000 is a useful book for beginning historical research into the period. Did you encounter any other books that would be accessible to unspecialized readers?

Patricia Bracewell: There are indeed some helpful books out there, some of which you may already have read. The Last Apocalypse by James Reston, Jr. provides a broad look at what was happening in Europe at the end of the first millennium. It’s filled with fascinating gossip about the rulers of the period, although I suspect he plays a little bit fast and loose with facts sometimes! Michael Wood looks at Pre-Conquest England in his book In Search of the Dark Ages. In Bloodfeud: Murder and Revenge in Anglo-Saxon England, Richard Fletcher takes a good look at the politics (and animosities) of the years between 1000 and 1066. For anyone with a specific interest in Emma of Normandy there are two excellent resources: Queen Emma and the Vikings by Harriet O’Brien and Emma: The Twice-Crowned Queen by Isabella Strachan.

JK: Did you read the Anglo-Saxon Chronicle in the original Old English? If so, did it help you set the tone and language for your book?

PB: I have to confess that my knowledge of Old English is limited to a handful of words. I’ve not even seen a copy of the Chronicles in manuscript form - yet. There are versions held at Corpus Christi College, Cambridge, at the British Library in London and at the Bodleian in Oxford, but none easily accessible. I have, though, a wonderful translation by Anne Savage, as well as an older translation by the Rev. James Ingram which is in the public domain, and I’ve used excerpts from that version in the novel. In writing my book I tried very hard to use language that was rooted in Anglo-Saxon, and I sprinkled a number of Old English words into the text to bring the reader into that distant past without drowning him or her in a strange or unwieldy vocabulary. I hope that I’ve succeeded. One reviewer described the England of Shadow on the Crown as a Beowulf-y place, which I quite liked!

JK: What first drew you to this period and location in history? Was there anything particularly surprising that you found out during writing?

PB: It was Emma herself who drew me to early medieval England. I found her story and her character terribly compelling. And yes, there were surprises along the way. One of them was my discovery of how much we actually know about Æthelred’s reign through wills, charters, laws and sermons, not to mention the Anglo-Saxon Chronicle itself. Another surprise was the exact opposite – how very little we know! There are so many details missing or known only by conjecture. What did royal residences, for example, look like in the England of 1002? We can only guess, and not all archaeologists and architectural historians agree. As for the people, we know very little about the activities of Æthelred’s children by his first wife. We don’t know how they related to Emma or if they even spent much time in her presence. That was maddening; at the same time it was freeing. I was able to make it all up.

JK: The cover of your book shows a woman, presumably Emma, facing an arched, stone gateway. Did you have any input in the design?

PB: I’m very lucky in my editor and publisher, because they did ask for my input and listened to what I had to say. The very first cover design was actually much brighter and far less forbidding. It showed the same woman looking at a distant castle complete with crenellations and a moat. Alarmed, I contacted my editor right away and told her that the fourteenth century castle they had chosen was misleading for a novel set in 1002. There were no castles in England before 1066! The design team went right to work and did some research. They learned that there would have been arched stone entryways in late Anglo-Saxon England, and they chose to show such a gateway on the cover. In addition, the final design had the sense of threat that I was looking for. They did a wonderful job.

JK: That kind of input is rare for an author. Thank goodness they accepted your influence! Has your family always been supportive of your writing?

PB: My family has always been supportive of my writing, and at the same time I have to say that while my two sons were growing up I put my family first. I knew that once my sons reached high school I would be able to devote more of my time to my writing career, and that turned out to be the case.

JK: You've just finished a whirlwind book tour. How did it go?

PB: The tour more than exceeded my expectations. Viking has been wonderful! I arranged a lunch meet at my alma mater with two of my former college English professors (now retired), and when I walked into the office that they share, they each handed me a copy of my book and asked me to sign. That was very special!

JK: How touching! What impression do you hope to make on readers when they've finished Shadow on the Crown?

PB: I hope that readers will come away with some understanding of that murky period before the Norman Conquest, and that they will be intrigued – not just by Emma and her story, but by the rich culture and history of Anglo-Saxon England. I would love for them to be eager to read more about that time, that place, and the people who dwelt within it.

JK: It certainly has that effect on me. Thanks so much, Patricia, for being here.

Shadow on the Crown was released on February 7. Visit Patricia's beautiful site for history and book events.

How to get a free copy of Shadow on the Crown courtesy of Viking:

Open to US residents only (sorry!). One winner will be chosen at random on March 3 at 6 pm CST and announced and contacted by March 4. Good luck!
Posted by Jessica Knauss at 12:21 AM 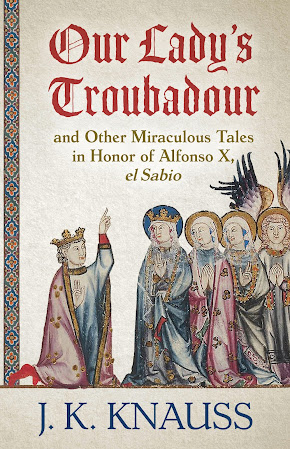 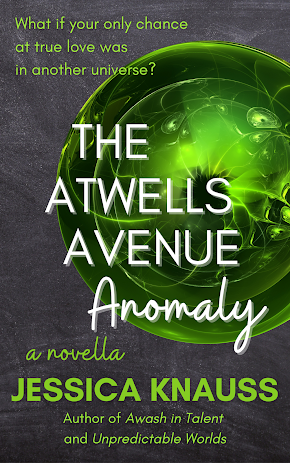