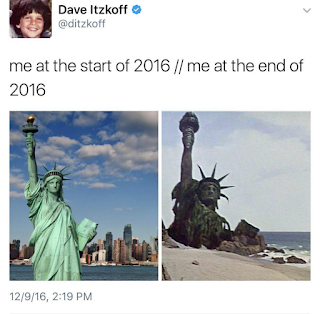 I'm not the only one who's had the worst year on record. It's nice not to be alone, but of course I'd rather have a more pleasant quality in common with so many people. 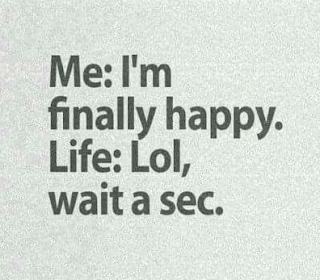 My beloved husband—my biggest fan, who never let me down, who is my definition of what it takes to be a good human being—died in late July 2016. Having to say or write that still stops me in my tracks. But it's been five months, and the best way to honor my husband is with a life that's about more than sadness. Slowly, painfully, I'm making plans and dreaming dreams again.

This year had some highs, as well, which deserve celebration.

December 2015: My husband and I moved back to Arizona with purpose and joyfulness.

March 2016: Awash in Talent was picked up by Kindle Press.

May: My husband and I had the best two weeks in Spain anyone has ever had. (We met Manolo García!) I'll have to blog about that trip in order to spread the joy even more.

June: Awash in Talent was published by Kindle Press.

July: I learned a lot about my friends and family and the power of these bonds.

December: Seven Noble Knights was published by Bagwyn Books.
I earned a modest placement as Publicity Assistant at Hawthorne Books, to start in January.

I started this second part of the post in the middle of July, when I still believed my husband would recover and spend another 20 years with me. It's a partial translation of a 1990 song by Manolo García, "Canta por mí" (meaning "sing for my sake," "sing in my place").

S/he met the past along the way,
and looked at it and could not cry.
Between dusk and dawn,
s/he did nothing but let him/herself go.

On a peach-colored day,
when we're all free,

when we can eat rocks,
and no one is better than anyone else,
sing for me
if I'm not here.

The day is coming when we will be as pure
as a summer sky on the sea.

I'll sing for you
if you're not here.


This song is the most idealistic song I've ever heard. It's about spiritual awakening and hope for humanity. Note that the ideal day is far enough off that either the singer or the listener will no longer be with us, but not so far off that they'll both be dead.

Now that my true love is gone, we must be close to that peach-colored day. I know who I'll be singing for. In the meantime, I plan to do things that make him proud: show kindness, promote humanity, and express what inspiration comes to me through writing.