The Unconventional Path to Publication with Author Katie O'Rourke

Continuing the celebration of my fellow Kindle Press authors, today I welcome a guest post on the publishing process from women's literary fiction author Katie O’Rourke. Her accomplished novel Finding Charlie is on sale for only 99 cents until April 15.

A hundred years ago, when I first started to consider writing to get published, I did the research on how it was done. I bought a copy of The Writer's Market, worked on crafting the perfect query letter, mailed out manila envelopes with sample chapters and SASE (self-addressed stamped envelopes), and collected numerous rejection letters while I waited for a literary agent to discover me.

Now the process has changed a bit, with most agencies accepting email queries. I've perfected my pitch and my rejection letters have gotten nicer. I've had many requests for full manuscripts, more specific advice and encouragement. I even spoke on the phone with an agent from one of the leading literary agencies in New York.

Somehow, these rejections hit me harder than the form letters of my past. I still don't have an agent, but I have three published books. I used to think my path to publication was unusual, but when I talk to other published authors, they all have a different story to tell.

With my first book, Monsoon Season, my publisher found me. I had posted my work on an online writers' site called Authonomy. The publisher was a new imprint of an established company and I hired a literary agent to look over my contract. (Best $100 I ever spent.) Sales were really good, but I didn't like how they handled the release of my second novel, so I got out of that contract and published on my own. They've since merged with Little, Brown and I've been much happier as they continue to sell Monsoon Season. 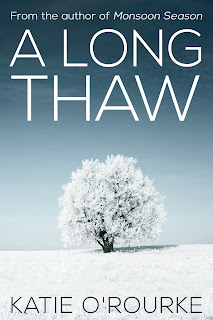 My second book, A Long Thaw, was released in 2014 under my own imprint. This book sells fewer copies than the first (so far), but I have complete control over how it's marketed and I get daily sales reports about how it's doing. I think this has been a great way for me to compare each method and see what matters to me. Is it reader response? Sales? Cover design? 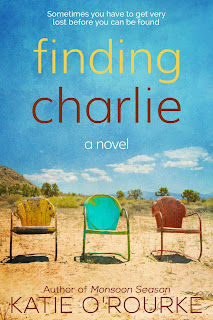 I entered my latest book Finding Charlie, into a crowdsource competition and it was selected for publication by Kindle Scout at the end of last year. I had been slightly apprehensive about entering into this deal because in some ways, it sounded like the worst parts of my previous experiences: the independent struggle of self publishing combined with the lack of control of traditional publishing. But I have been pleasantly surprised. I had creative control of the cover and book content, but help from a professional editor. The team has kept me involved, returns emails promptly, and I can depend on them for the kind of promotional deals I have going on now: Finding Charlie is currently just 99 cents!

My experience with publication has been diverse and educational. I like it that way. Publishing has changed a lot and the path is no longer as cookie cutter, if it ever was. Sometimes publishers come before agents; sometimes agents never show up. From what I hear, it may be that my path is just as unconventional as the next person’s.

Thanks for being here, Katie.

Get all the latest from Katie at katieorourke.com.