Happy Thanksgiving! When I first showed this excerpt to my critique group, one member said there was too much good stuff going on and I should add some bad stuff back in. I didn't think Thanksgiving was the time to punish my main character, Kelly, who already has a lot of rough life issues to deal with.
Kelly and Brian attend the school for fire starters (the PMA), where they are watched and curbed and reigned in at all times. They have to wear patches that contain substances that prevent them from randomly setting things on fire. At Brian's house, things are a little more relaxed.
Enjoy! 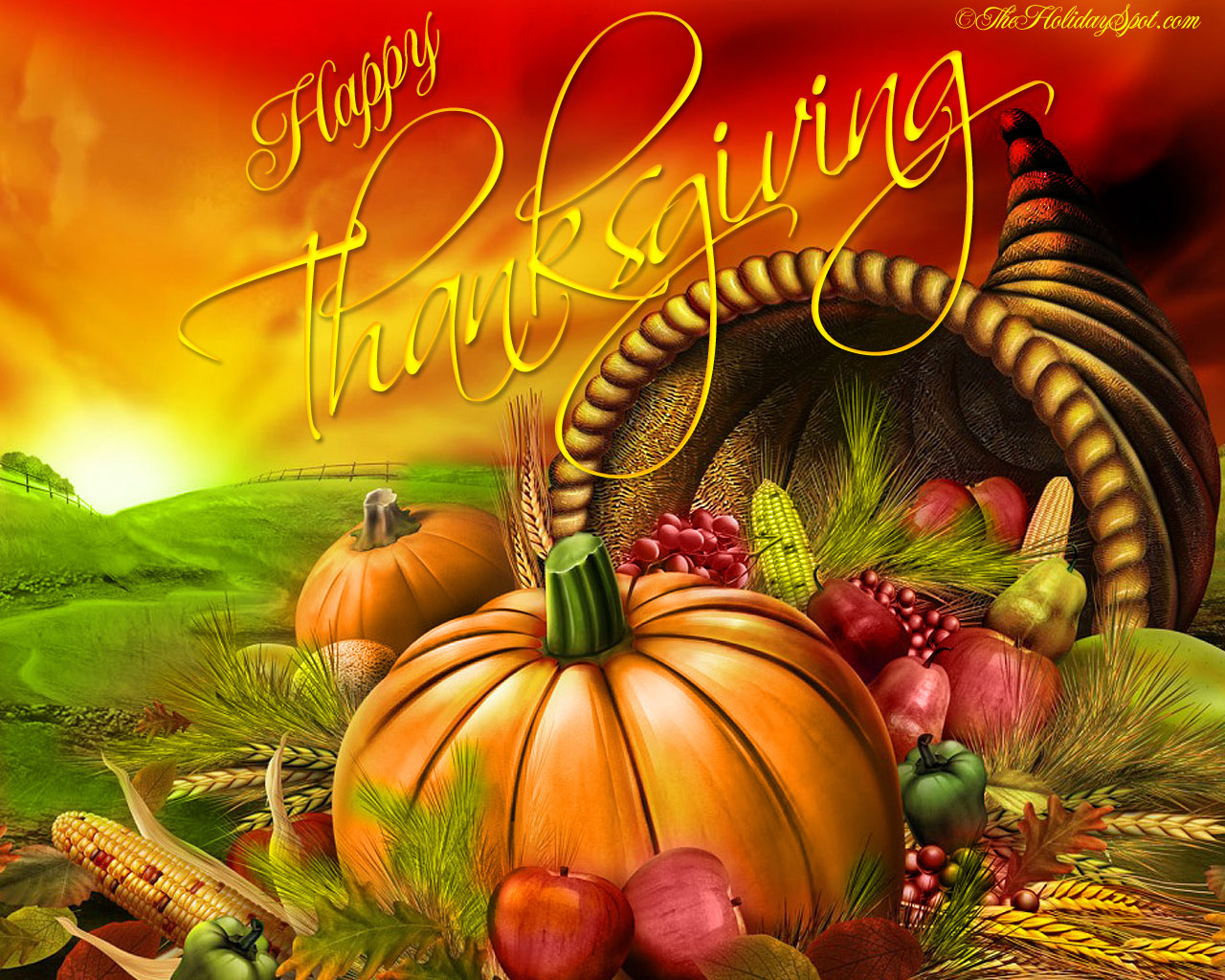 Brian took me into the kitchen for a snack and oh my God, there were like a million potluck dishes steaming away on the counters. The ovens and burners were cooking away, too. It was like an army was coming through, and Brian pointed to each dish and told me what it was and whether I could dig in yet. Most of the things were pre-dinner lunch-snacks. We each took a plate of roasted chicken and noodles to the back deck, where they would be able to see the planes coming in if only it weren’t Thanksgiving Day with its small number of flights. No one else was out there—it was freezing!
We ate our food and talked about stuff. He complimented my piano playing and I complimented his singing, and because I smelled wood smoke in the air, it made me think of Waterfire.
“Brian,” I said, “I’ve been thinking a lot about how you can put fires out with your Talent. Do you think it’s something any pyro can learn?”
“Yeah,” he said, setting his plate on the railing. “Let’s try it now. Make a fire on my plate. It’s stoneware.”
“I can’t. I’m wearing my patch. Aren’t you?”
He reached inside his sleeve and pulled out his tungsten patch. “Where do you have yours?”
I set my plate down next to his and lifted my shirt a little to reveal the patch next to my bellybutton. The location had worked well yesterday for scratching unseen at the dinner table.
His hand was strangely warm as he lifted the side of the patch and tore it off. I guess it was the feel of skin on skin? We gravitated toward each other, I lifted my face and he bent down a little and like magnets, we were all of a sudden kissing.
I heard an explosion near my ear and pulled away in time to see sparks falling onto my plate and settling around the leftover noodles and bones, smoking just a bit, and making a decent little blaze.
“You didn’t have to do that to get me to make a fire,” I said.
“No, I wanted to do that, didn’t you?” he said.
“Right now you should put out the fire,” I told him.
“No, it’s your fire. You try.”
A few adults had come running to the back door at the sound of the explosion, so I felt watched. Brian waved them away, and finally Brian’s dad told them we had it under control. All the while, of course, the blaze was growing in strength and I was getting more and more stressed.
“You can put it out now,” said Brian.
Easier said than done. I stared at the flames until they looked dark, but couldn’t wrap my head around the way to take them out of existence. I’m still not sure how I get them into existence, after all! I squinted and strained, then looked at Brian for help. “How do you do it?”
“I just reverse the process of setting a fire. It’s very intuitive.”
I sighed and tried sticking my hand out the way he had at Waterfire, but the only thing that happened was my arm got cold away from my body.
“I give up!”
“See, this is why we need practice rooms at the PMA. How will any of us ever get familiar with how we operate, how can we focus our intentions, when all they ever do is throw flame retardant at us?” He held his hand out and sucked my fire into his finger with no apparent effort, like he’d been doing it all his life.
He blew on the end of his finger like it was a pistol or something and came in for a hug.
“Back to the piano for a while?” he asked me.


I nodded, and when he went to open the back door, I scooped up the patch he’d ripped off me and pressed it under my shirt again. It had some dirt and twigs, but it was a lot better than setting fire to his family home.

Waterfire, the middle story of Awash in Talent, will be published in 2015!
Posted by Jessica Knauss at 6:43 AM No comments: Links to this post

Magical is Here in Softcover and Kindle!

Even earlier than anticipated, Magical: An Anthology of Fantasy, Fairy Tales, and Other Magical Fiction for Adults is ready to be read and enjoyed. Bring some magic to your holidays or to the reader in your life. 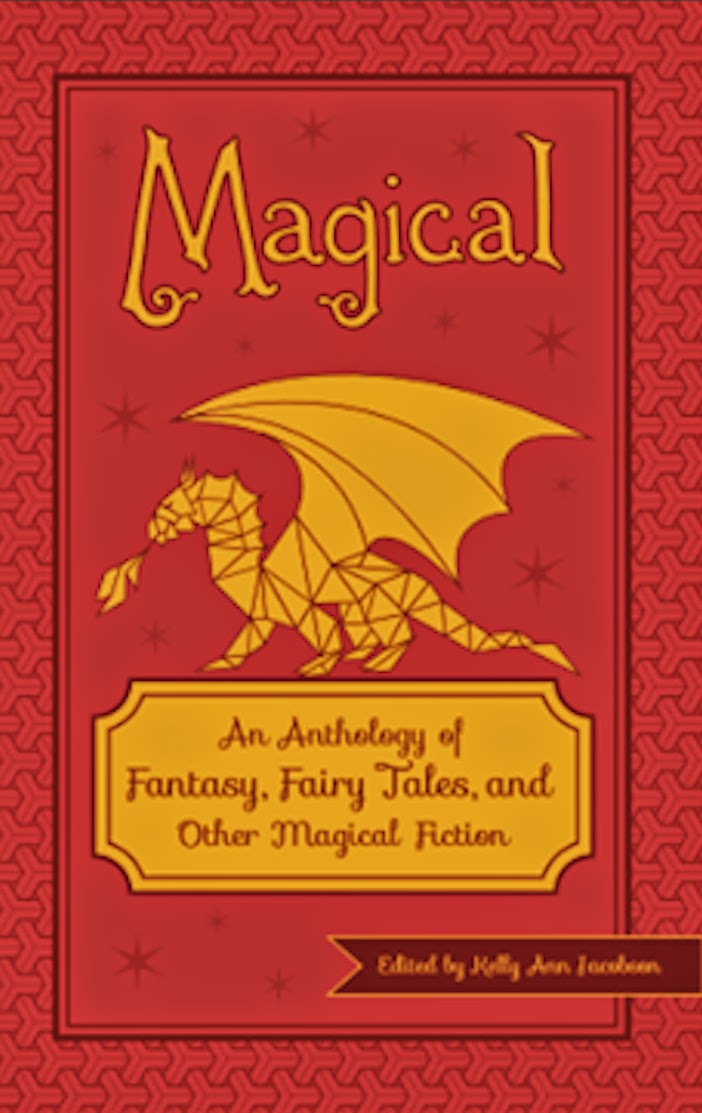 This is a collection of 31 stories from writers around the globe. Whether retelling classics like "Little Red Riding Hood" or inventing new tales of goblins, dragons, witches, or singing frogs, these stories will take adults back to the innocent enjoyment of a well-told tale.

And the cover is gorgeous, too!

I tell about the inspiration for my contribution here. I'd like to thank the hotel for the creativity it permitted me. I'd also like to send my gratitude to the Eckleburg Workshop in Magical Realism.

At this early date, Magical is available here and here (with other venues sure to come soon). The best thing about buying your own copy (aside from getting 31 mind-bending tales of the highest quality) is that 10% of the proceeds from this link go toward Tim's Team, cystic fibrosis research and awareness! You can check off your holiday charitable donation while indulging your brain (no calories!).

UPDATE: The Kindle edition is now available here! Cheaper and more portable!
Posted by Jessica Knauss at 12:30 AM No comments: Links to this post

Just in time for Christmas, I'm pleased to say that a story of mine will appear in Magical: An Anthology of Fantasy, Fairy Tales, and Other Magical Fiction for Adults. It's shaping up to be quite an impressive anthology. Anyone who's into magical realism is sure to find something to love! Three of the stories are featured as prize winners! I can hardly wait to read them.

My contribution, titled "The Residents of the Inn," is a playful take on the Arachne myth. It was inspired by the eight months my husband and I lived in a hotel in North Carolina last year and a little spider who persisted in making a web in the corner behind the door. We never saw any insects fall into it because every day, it got cleaned away. By the end of the day, it would be back again. I admired the sticktoitiveness.

Because we lived in the hotel for so long, we got to know some of the staff, and a certain one of them inspired the main character in the story. My husband and I make fictionalized appearances, too. Be sure to check us out when the anthology is available.

I'll debut the cover and provide links as soon as I can. Thanks for sharing my excitement!