On This Day in 1616: Miguel de Cervantes

We have to celebrate Miguel de Cervantes's life on the anniversary of his death because his birthday hasn't come down to us with any certainty. Here is my tribute to a true literary inspiration. 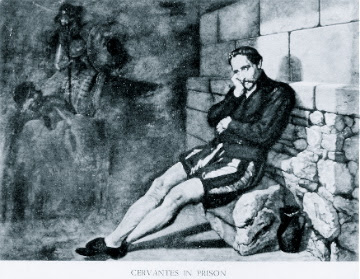