It's been a great year. I won a prize for flash fiction, got seriously started on my editing business, released Unpredictable Worlds and received some recognition for it, released Tree/House in audiobook, spent ten gorgeous and hard-earned days in Spain, took part in Launch Lab, made it safely to my new home, and had Seven Noble Knights accepted for publication, to name just a few of the best events.

I also read quite a few good books. Which were the best?

That's really not a fair question in the year when the grand finale of a trilogy I have passionately, unreasonably adored came out. 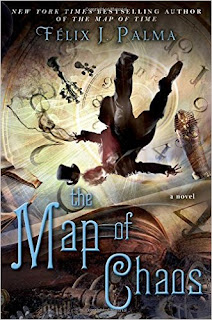 The Map of Chaos by Félix J. Palma

Which book is best is hardly fair in light of another fact: this one is the manifestation of a historical novel I hoped would materialize some day to dramatize the life of Queen Emma for this Anglo-Saxon enthusiast. 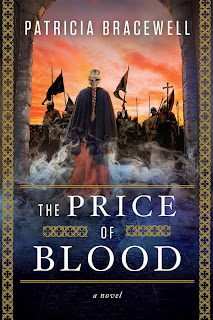 So there you have it, the best novels (in my humble opinion) of 2015. The best nonfiction book was undoubtedly La nación inventada by Arsenio and Ignacio Escolar. I enjoyed this book more than I expected to (which is saying a lot) and will probably tell you more about it in future posts. 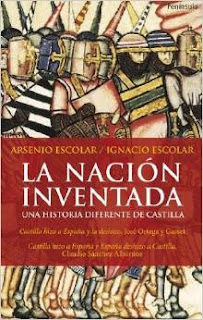 The year 2016 will see the debut of my darling Seven Noble Knights, so many of my resolutions have something to do with getting it into the limelight as much as possible. I also plan to draft the sequel this year. You didn't know Seven Noble Knights was going to have a sequel? It's a pleasant surprise for all of us! For those of you waiting patiently for more of my unusual contemporary work, I've resolved to get Awash in Talent published this year. More on that soon, for sure. In my personal life and "day job," I've got a lot to do to make this latest move make sense. In the meantime, if you need an editor for your awesome novel, call on me.

Vague as they seem, these are my professional resolutions, leaving room for the surprises that always seem to crop up.

A selection of some of the other best books of 2015:

Mermaids in Paradise  by Lydia Millet

Lucky Us by Amy Bloom

The Gracekeepers by Kirsty Logan

Love in Infant Monkeys by Lydia Millet
Posted by Jessica Knauss at 12:30 AM