Castrotorafe's complex history highlights even further the sense of past glory evoked by contemplating its ruins. It's not just Castrotorafe Castle that's fallen into disrepair. The entire village was declared a ghost town as early as the seventeenth century. 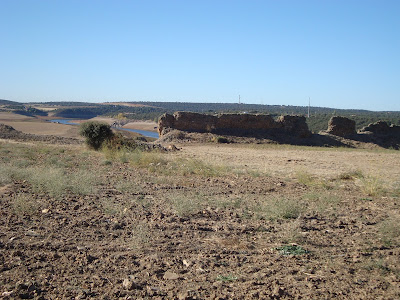 The land had been settled since time immemorial, enjoying special prosperity during Roman times because of its position on the Silver Road between Mérida and Astorga. It's still a stop on one of the pilgrimage routes to Santiago de Compostela, and when I was there, our tour group spotted two lone pilgrims. 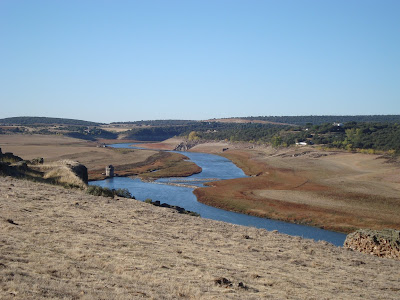 The Esla River, which has a history with another impressive monument, sustained human populations here for thousands of years. 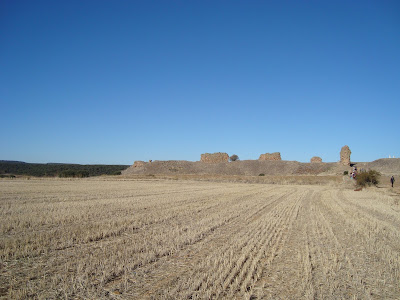 Much of the town wall survives, giving an impression of a vast fenced-in territory. 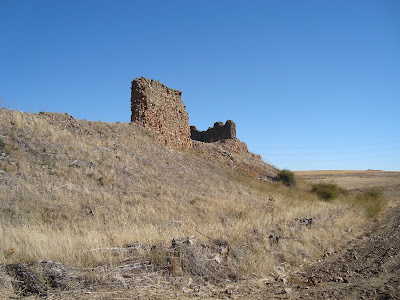 In the twelfth century, Castrotorafe entered and fell out of royal favor, with the first documentary evidence granting a town charter. A later expropriation perhaps occurred as punishment after the people of Castrotorafe sided with Portuguese separatists. 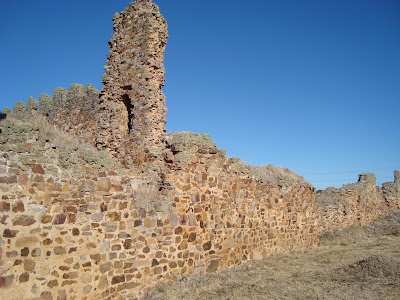 The current castle was likely built by Don Juan, one of Alfonso X's sons, who declared himself King of León in spite of his brother Sancho's status as King of Castilla y León. 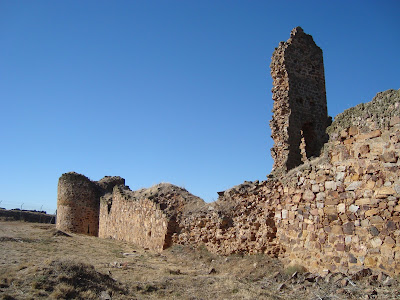 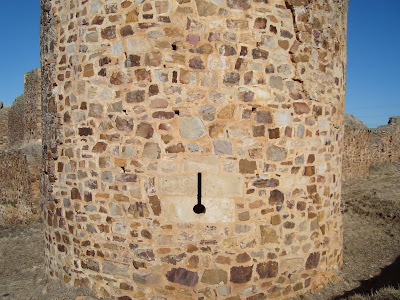 The town and its castle belonged at different times to the Order of Santiago and to various nobles, all of whom ended up disappointing their kings. 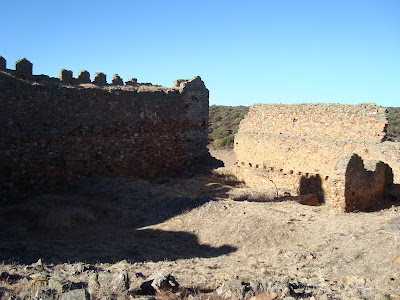 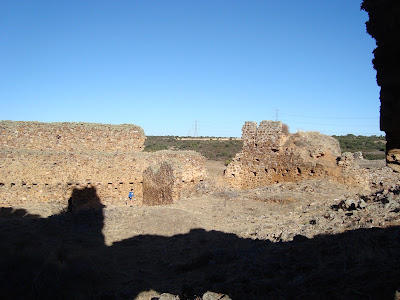 In 1475, the town was taken by forces against Isabel la Católica's rule. By promising Castrotorafe to the Mayor of Zamora, Isabel finally prevailed. 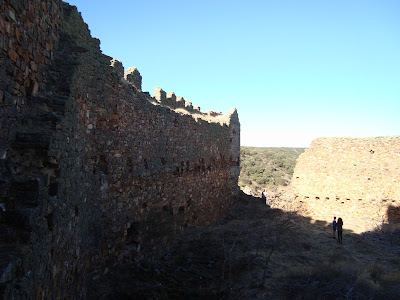 Castrotorafe's long history came to an end sometime after the wars of Castilian succession. In 1688, we find the first written notice that the town had been abandoned and was in need of repair. 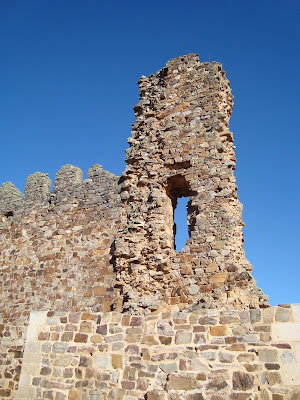 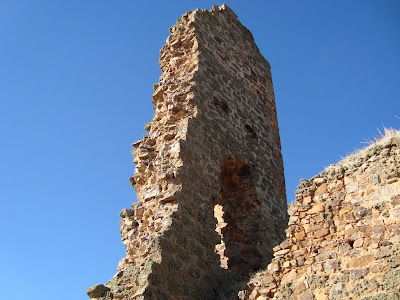 In the nineteenth century, Napoleonic troops bothered to sack the church when they passed through. That's the last time Castrotorafe was sideswiped by history. Various organizations are trying to prevent further deterioration at the site, but in 2010, one of the castle towers fell. 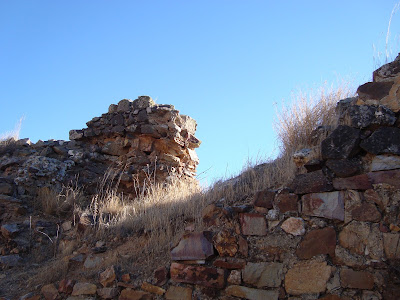 The recent drought has created long swaths of dried-out ground cover, and Castrotorafe likely won't be suitable for picnicking without mouthfuls of dust until the rains return. Even more than Castillo de Alba, the ghost town of Castrotorafe evokes a distant past never to return.